Anabol is an oral steroid that has been on the market for decades. Because it has been out so long, there is a very good understanding in the marketplace of what it can do for your performance and for your weight gain while you are training.

Here are some details that can help you determine whether Anabol is the right choice for your program:

Anabol is the brand name of the steroid Dianabol, which is a drug that was introduced almost 60 years ago. The patent on the drug expired and now it is available through several manufacturers, with British Dispensary Ltd. in Thailand being the maker of the Anabol brand. As an oral steroid, it remains one of the tried and true ways of helping you add body mass as you work out. The weight gain effects are largely due to Anabol’s ability to create protein synthesis.

If you have ever seen old bodybuilding films from the 1970s and 1980s, you will see a lot of weight training professionals featured that were using Dianabol during that time period.
Today, Anabol is also known as the Thai brand or Pink Thais to many bodybuilders. The brand itself has a solid reputation- and as long as you get authentic pills it is one of two brands that is most frequently mentioned in online forums as the top choice in its category. 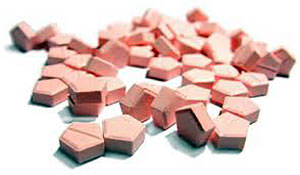 British Dispensary Ltd. is one of many manufacturers of Dianabol. The brand name Anabol is used to differentiate it when it is sold in the market place. Located in Thailand, they sell their product online through their own store and through other steroid retailers. The pills themselves are small and pink and will normally have an arrow and a snake symbol on them when authentic. The most popular dosage is 5 mg.

Anabol has been proven over time to add mass during within the first few weeks of taking it. Because it increases the body’s protein production, you should expect that your weight gain will average between three and five pounds per week. It is often taken in the morning before a work out and most users report getting a mild pump when using it. The protein enhancement effects typically lead to stronger bones and muscles over time.

Methandrostenolone is the active ingredient in Dianabol and hence Anabol. Once Methandrostenolone enters the body, it helps build up your lactic acid, which in turn will increase your energy during a lifting session and facilitate your ability to add mass. As a testosterone-related product, it will then convert into estrogen- so avoiding diuretic drinks while working out will help you to maintain your water-retention balance.

Anabol vs The Competition

For those that are just starting to use steroids, Anabol is a good choice because it is an oral type of experience. Many bodybuilders switch to using steroids that are injected over time, but those types of steroids require a sophisticated understanding of the specific effects and are not as easily acquired or plugged into your workout regimen.

When compared to another type of oral steroid, like blue hearts, Anabol can have a milder effect. The primary difference is that most of the manufacturers of blue hearts that sell to bodybuilders have different formulas for their steroid.

With Anabol, you know what you are getting because it has been around for a long time. Another feature of Anabol is that over time, its track record of helping most people who take it bulk up is very strong. 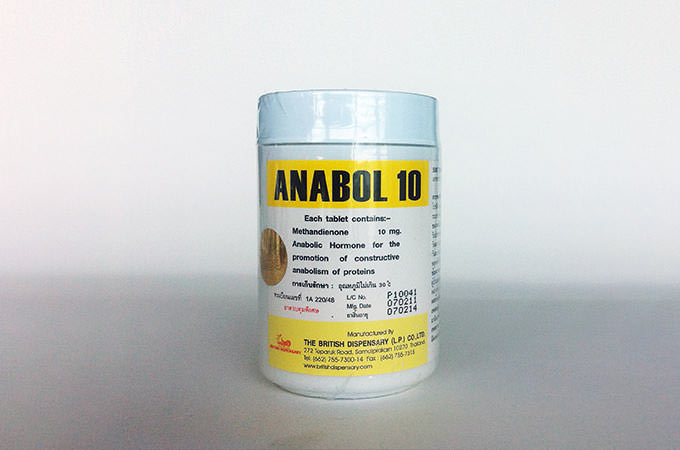 One of the most difficult things for those who use steroids to enhance their performance is being able to rely upon the authenticity of the pills that they are taking orally. Fortunately, in the case of Anabol, although there are no certificates that are featured, you do know the manufacturer and their location and can ask any questions that you have directly via their website. In addition, because of the long history of Dianabol being on the market, most bodybuilders know it by reputation and can make their mind up without additional and perhaps extraneous information.

Based on the author’s observations over the past 25 years, it is not unreasonable to suggest that steroid-aided performances (including Dianabol as part of the discussion) may be increased from 3 to 10 percent over drug-free efforts. – L. Jay Silvester, Author: Weight Training for Strength and Fitness, 1992

In answer to the question of whether or not Anabol is sufficient as a performance enhancer by itself:

6 weeks of 50mg ED would be a good Dianabol – methandrostenolone – only. dont expect much “real muscle” gain. u may get a couple of pounds though the scale and the mirror may tell u way more than that.” – Guardian, Elitefitness.com, 2008

Because Anabol has a long history, there are many awards that people that use it have won over time. Here is one set of performance indicators from long ago that gives perhaps the best description of what it can do for you:

1960 – Tony Garcy, Bill March, and Lou Riecke, competitive weightlifters that were not ranked among the top in the country were given Dianabol by their doctor as part of a trial. They all became national champions and two of them went on to set world records.

Most of the media coverage of Anabol has been positive over time. It has been vilified in the press at times over the decades along with all other steroids, but individually, today’s press articles tend to leave it alone and focus on other, unproven performance enhancers.

On the research side of things, Anabol, or Dianabol has been one of the most researched steroids in history. As far back as 1960, there was a steroid or performance enhancement race that occurred between the United States and the former Soviet Union. The United States noticed that Russians were better in competitions and thought that it might have something to do with supplements that they were being given. They therefore gave the green light to increase research of steroids like Anabol on athletes to see how well the human body would respond.

Delatestryl Side Effects – Should You Really Use It?

Testim Side Effects – What You Should Not Do?

Omnadren Side Effects – Why You Shouldn’t Use It?